Blessings in the Wind

As previously reported I am in a small town in Eastern Cuba.  It is the town that was the center for the massive destructive hurricane Matthew.  I have never been in a category 5 hurricane or any hurricane for that matter and had no idea of what to expect.  The destruction was massive.  We had been told that perhaps the hurricane would lose strength, it did not.  As I slid under my covers listening to glass shatter, roofs torn off and explosive sounds, I wondered momentarily about the safety of those around me and exactly what was happening outside in that dark.  The wind registered at 200 mph and would wreak steady havoc for over 2-3 hours.  It was a slow system and apparently claimed over 700 lives in Haiti.  Cuba fared much better.  Although the devastation was massive and many lost homes and belongings, no lives were lost.

I look at this place in Cuba and at the resilience of the people and I am still amazed.  I have seen people sweeping mud and debris and hosing off communal streets, moving their kitchens to the out of doors and cooking with communally built fires.  I have marveled at that comraderie and the need to keep clean clothes in the midst of this massive storm as I saw pants and shirts swinging from downed trees.  I think of the things we often take for granted and what if is like in the days after the hurricane when there is little food and it takes 3-4 hours in line to obtain a loaf of bread.  I see children playing in the street of debris oblivious to the devastation that lies around them.   The services are slowly being restored as there has been no electricity for the past week but things are getting done at an incredibly rapid speed.  The Cuban people are very good at getting on with the business of living.  Yes we survived and for me it was a lesson in patience and the knowing that when things are not in our control it is best to just breathe, wait and think how blessed we truly were. 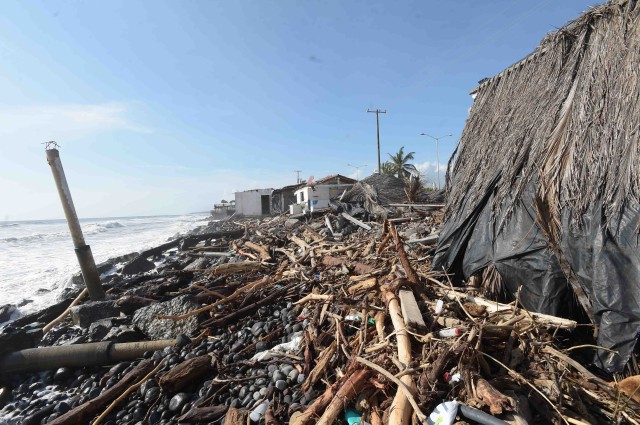 sculptor, adventurer and all around bon vivant
View all posts by mingming56 →
This entry was posted in Uncategorized and tagged blessings, community, Cuba, culture, Friends, hurricane. Bookmark the permalink.

1 Response to Blessings in the Wind